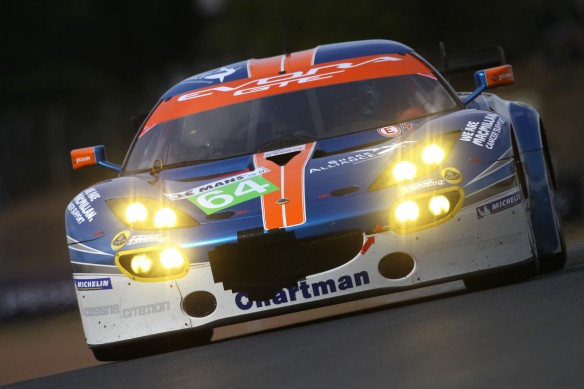 Group Lotus Motorsport today announced intentions to further extend its motorsport activities, with the formation of a new motorsport venture, Lotus Sport USA, and the addition of two new programmes to the manufacturer’s competitive portfolio.

Having returned to ACO-regs GT competition this year with Austrian squad, JetAlliance, Lotus Group has announced further plans to enter the American Le Mans Series with the Lotus GTE chassis via the newly formed US operation, as of 2012.

The marque also outlined plans to enter, and develop its already announced LMP2 chassis (covered here) in the North American series. A specific date/timeline for the chassis’ debut has not yet been revealed; further technical details regarding the package have not yet been provided.

Participation in the recently announced FIA World Endurance Series is reportedly being considered.

The team will commence testing in late 2011. 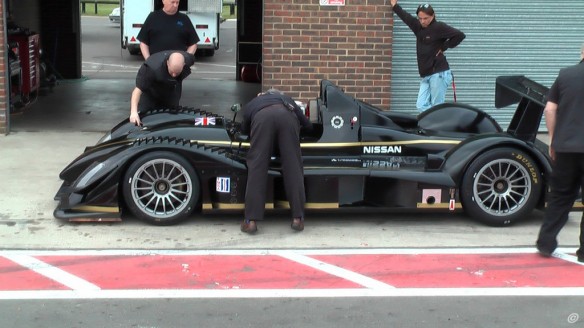 ECO's Radical-Nissan during a test at Snetterton. - Image courtesy Endurance-info.com

This week images have emerged of ECO’s recent test outing at the Snetterton circuit, with the team’s Radical SR10 sporting Nissan decals. In an interview with Endurance-info, team manager Ian Dawson pulled the veil from ECO’s latest project, (surprise) a Nissan powered Radical.

The 4.0L Nissan engine in use is constructed by Essex-based engineering firm, IES (of Pilbeam-Nissan fame). Dawson went on to reveal the switch to a Nissan engine as part of the team’s new focus on LMP2 competition.

Having not yet decided between an ALMS or LMS debut, ECO Racing plans to have the Radical-Nissan turning its first competitive laps by late 2010.