After weeks of intense speculation and animosity following the release of a provisional 2011 ILMC schedule (namely over the omission of Petit Le Mans), the ACO yesterday released an updated calendar for the 2011 running of the Intercontinental Cup.

Despite prior speculation suggesting otherwise, the updated calendar sees the approval of both Sebring and Petit Le Mans as part of the North American arm of the cup.

The move comes as a relief to many North American fans, after recent rumours suggested the famed Petit Le Mans event would be replaced by a South American round. The event, which is now displayed on the updated calendar, has been reinstated at it’s usual date on the first weekend of October.

In addition to the already confirmed European events at Spa, Le Mans, and Silverstone, the second rendition of the cup will feature an Italian round (LMS Round 3) hosted at the Imola GP circuit and, despite the unfortunate omission of a Japanese round for a second time, China will continue to host the final and, so far only Asian Le Mans series event of the ILMC at a yet to be determined venue.

“We’re convinced that this calendar is going to enhance the values of endurance through a technological, responsible and sporting approach towards racing that will give endurance the place it deserves.

For its first full season, this programme meets the expectations of spectators, manufacturers, teams and partners with seven events on some of the most legendary motor racing circuits in strategic economic markets.”

The second running of the cup will feature an altered race format for otherwise distance based events. With priority now placed on timing, ILMC races will now run for a minimum of six hours. As opposed to the combination of distance/timed (i.e. 1000km/six hours) used in the past.

The updated 2011 ILMC schedule can be seen in current form below: 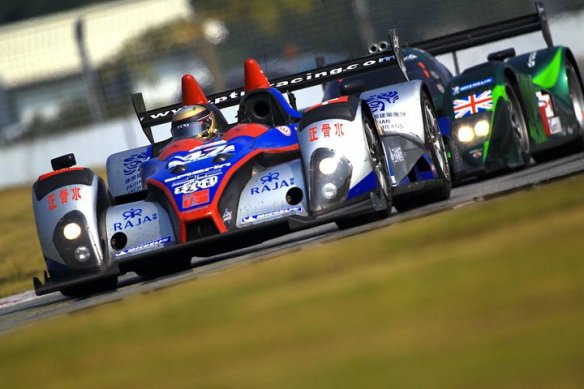 Formula Le Mans team, Hope PoleVision have become a familiar name on the European sportscar scene and, after an impressive showing throughout the Le Mans series, have recently rounded out their 2010 season with a successful finish at the ILMC finale in Zhuhai, China.

In a surprise announcement, the Swiss team has revealed ambitious plans to enter the highly-competitive LMP1 category equipped with hybrid technology in 2011. In light of the announcements, the squad has unveiled a partnership with Oreca, which will see the use of a modified Oreca-01 chassis with KERS system attached.

Opting against utilisation of heavy and (currently) inefficient means of battery storage, the team will utilise KERS Hybrid equipment of mechanical derivation, similar to the system seen in Porsche’s GT3R Hybrid. Designed by energy recovery specialists Flybrid, the system will accompany a 2.0L gasoline powerplant, engineered by Lehmann. Technical details regarding the engine package are not yet known.

“We looked at several options that were available, both on the market and specially designed for us that we could implement,” Sayer said. “We chose the mechanical route because we feel for the environment, from the start of the product to the finish of the product, and its life on the track, the mechanical system is 100 percent recyclable and we don’t have any chemicals involved.”

“We want to be in a position to run just behind the works teams, to stand out and catch the eye of a manufacturer for 2012. To aim for outright victory, we’ll need the resources of a factory squad to be able to take the fight to the front runners.”

Although both Peugeot and Audi squads are rumoured to be investigating the feasibility of hybrid technology for inclusion within their respective chassis, the announcement sees Hope Polevision lay it’s stake as the first privateer operation to embark on the hybrid development journey. 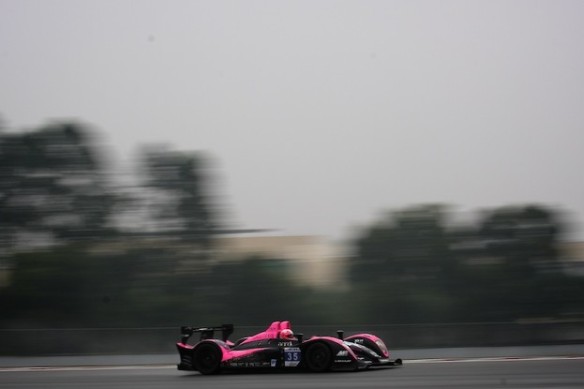 During a recent press release, the Jacques Nicolet-led squad announced the formation of a new partnership with tyre supplier Dunlop and with it, unveiled plans to enter the LMP1 category. This agreement will see the OAK team, formerly the pseudo-development squad for Mazda Racing France, take on tyre development duties for the famous British supplier. As of 2011 OAK Racing will enter the premiere category of ACO prototype competition, while acting as the official LMP1 Dunlop tyre development squad.

Despite having already supplied OAK, and several other LMP teams (i.e. Dyson, Oreca, RML etc)  throughout 2010, the move comes at a time when Dunlop, still Le Mans most successful tyre supplier with 34 outright victories to its name, attempts to regain territory since lost to French tyre giant Michelin, and re-establish its winning presence within the sportscar community.

OAK Racing will continue to utilise Pescarolo chassis and, in accordance with 2011 ACO technical regulations, will likely compete with an overhauled version of their current LMP2 Pescarolo-01 package. Technical details have not yet been announced.

Having finalised what many would consider to be a highly successful and entertaining season on both sides of the Atlantic, the ACO has unveiled the 2011 schedule for the Intercontinental Le Mans Cup. As mentioned during previous releases, the 2011 calendar will see the series move to a new and extended format, featuring seven rounds of competition.

The second running of the cup will feature a slightly altered race format for certain events. With the adoption timed events, the minimum running time for any ILMC race will be six hours (as opposed to distance/timed – i.e. 1000km/six hours). Despite the listing of several TBA notices on the calendar, one can safely assume the inclusion of both Chinese, and Japanese rounds (at yet to be determined venues) will be forthcoming at a later date.

As expected, both Sebring and Spa have been confirmed as pre-Le Mans rounds, with the Le Mans 24 Hour event itself now featuring as a round of the cup. Silverstone is currently the only round confirmed as a post-LM24 event. The notable omission of Petit Le Mans from the schedule came as a surprise to many, with only a ‘TBA/Overseas’ notice listed adjacent to the month of October.

“For sure, we’re speaking with everybody. Sebring is an ILMC event, so this is proof. We will confirm the overseas event when we’re in the position to say something. I cannot say more.”

The provisional 2011 schedule can be seen below: 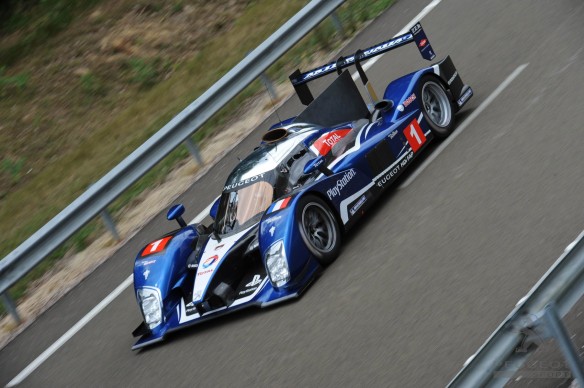 During last weeks’ testing at Monza, PeugeotSport has revealed the first glimpses of the much awaited successor to its 908. The new chassis, having hit the track for the first time without a confirmed name, continues to bear the codename designation ’90X.’

“Our intention was to take it out onto a track before the end of the year. I am pleased to report that we have now done that. Even so, there is still a long way to go and a considerable amount of work to be done as we prepare for 2011.”

Despite the obvious (and uncanny) resemblance the 90X bears to its predecessor, the 908, an inspection of finer design details reveals the scope of development work completed thus far. The addition of mandatory 2011 aerodynamic components such as the infamous sharkfin, are only the beginning. The 90x test mule images reveal the car sporting a new roof-scoop air-intake (in addition to the current, rear-wheel arch mounted intakes), remodeled/widened sidepods.

Both front and rear sections of the car have undergone significant design changes, with the 90x nose area now shorter, and more narrow than that of the 908. The car’s rear body work also saw radical changes, with a redesigned fender, exhaust system, and tail lights now transplanted to a more traditional (raised) position.

Many believe the car seen in testing utilised Peugeot’s current generation V12 diesel powerplant, as details regarding the 90X engine package are still yet to be confirmed by official sources. PeugeotSport technical director, Bruno Famin would neither confirm or deny rumours relating to a possible return to gasoline power, and made the following statements in regard to the new engine:

“We are still exploring several options with regard to the engine and technology we will use. Work on the engine’s development is ongoing. Endurance racing is a proving ground that provides us with an opportunity to showcase all the brand’s technologies.”

Peugeot’s new LMP will see it’s first competitive outing at the 12 Hours of Sebring next march, alongside yet-to-be-unveiled prototypes from both Audi and Aston Martin camps.